Numbers 31:54   (NLT)   So Moses and Eleazar the priest accepted the gifts from the generals and captains and brought the gold to the Tabernacle as a reminder to the Lord that the people of Israel belong to him.

Our giving to the Lord is one way of expressing our belongingness to Him. Not everyone who gives to God belongs to God. But giving is a beautiful gesture of gratefulness for the precious privilege of being invited to be and accepted as part of his family, as one of His children. 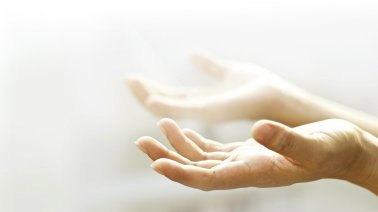 The truth is the Lord owns everything; He doesn’t need anything from us. What we give Him comes from Him anyway. It just appears like we’re giving. Still, we have a choice. We can choose to use all of God’s gifts for ourselves without giving or spending for His work and His Kingdom, but we choose to “give” back to Him. That’s the least we can do with the overflowing blessings He allows us to enjoy.

Being His people carries incalculably huge amount of perks, blessings, and promises. We don’t operate only in the sphere of senses—of the material; we operate in the supernatural. We operate not by sight, not by feelings, not by senses alone, but by faith; we function in the supernatural world as well. When He asks us to give, it is not because He wants us lacking and with less; it’s because He wants to multiply what we have and fill us to overflowing. Giving to Him and to His work then is a huge honor, privilege, and blessing.

Generosity attracts. It attracts good responses; it attracts good things. People are naturally inclined to be deeply grateful to those who invest in them. They feel “indebted.” They desire to return the favor and do good to those who bless them. In  a sense the “giver” becomes a “receiver.”

We don’t lose anything when we give. If we understand this, we will be givers. As sowing and reaping is a natural principle, so it is also a Biblical one. We reap what we sow. In fact, we reap much more than what we sow. Yes, with the same measure we use it’s also measured back to us. Whatever seed we plant, that’s the kind of harvest we have. But the great truth about giving to the Lord and giving to the Kingdom is not only that we reap 30, 60, or a hundredfold of the same kind; we reap above and beyond the same kind. We may be giving our financial resources, but we’re receiving more blessings than finances. One of those awesome blessings: people who experience our generosity get to “long after” or “yearn for’ us. There’s an increased affection and closeness from the recipients of our gifts. And to some, that’s way more than financial harvest.

Our most gracious and generous Father, please give us wisdom that we may approach this truth with godly balance. Please help us that our pursuit will be on lovingly giving to Your Kingdom work and to others. We also believe what Your Words say about the blessings that flow from it. May it never be our ambition to feed any kind of greed by emptying others of their resources, – in Jesus’ Name, amen.